We’ve all read stories about inspiring futuristic designs, innovations and novel concepts via our Facebook and Twitter news feeds. They offer a few moments to re-imagine our everyday lives and the world we live in. Depending on the type of person you are, they could resemble one of your all time social media pet hates, or they could in fact be the reason why you enjoy social media so much. Are you a lover or hater of such posts?

At Victory Gardens, we happen to love them, particularly those sent to us from our supporters. Some recent posts have been as diverse as New York’s planned subterranean park called “The Lowline”, green skyscraper concepts to farming in a box.

Stories like these act as a type of “future gazing”. They give insight into how our modern lives are evolving and where to look for possible solutions to difficult problems such as climate change, increasing urbanisation, and an ageing population.

Thinking and re-imagining might be considered a luxury by many, but it is essential if we are to move forward. At the heart of re-imagining is problem solving, also known as innovation. What do we want our cities to look like in the future? What problems do we face collectively that require an innovative solution? Where is there opportunity to enhance our lives in a meaningful way?

Other works ranged from multi-rise housing for local workers, immigrants and university students, to a park for temporary artisanal markets and outdoor music festivals. 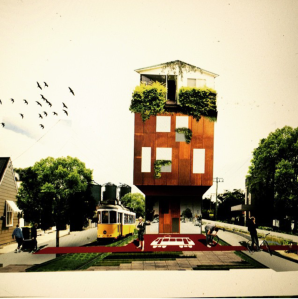 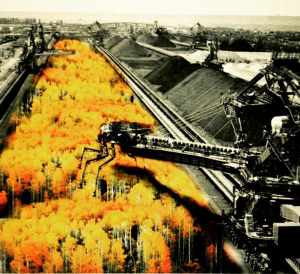 While all hypothetical, the students projects were created to encourage speculation and debate about the future development of The City of Newcastle. They also tackled questions about regional identity and the increased densification of Australian cities.

On a recent visit to Auckland, two precincts Britomart and the Wynyard Quarter, offered some interesting future-gazing for Novocastrians. Both precincts have been recently transformed into dynamic drivers of economic development for the city.

Britomart is a transport, heritage and urban renewal hub in Auckland’s central business district adding a vital quality to the city while also serving as a successful transport interchange.

Open spaces, interesting streetscapes and pop-up architecture, combined with some of Auckland’s unique heritage buildings, are accessible via a walking street and plaza offering a diverse mix of shops, restaurants, markets, cosy corners and pleasant sitting areas day and night.

Beautiful streetscapes and pop-up shops designed to illuminate at night

In August 2011, Auckland’s Wynyard Quarter opened to the public, the first stage of the largest waterfront urban renewal project undertaken in New Zealand. Stage one of the design-led transformation of the reclaimed western waterfront land, affectionately referred to as ‘The Tank Farm’, was six years in the making, the culmination of 35 resource consents, 45 building consents, two district plan changes and a cool $120 million price tag.

The Wynyard Quarter, walk or catch a vintage tram round the loop stopping at the convention centre, restaurants, playgrounds or markets (image courtesy of ideology.co.nz)

Playgrounds amidst the silos, a few paces from the harbour

The entry point to the Wynyard Quarter, tourist information centre made from containers, fish markets to the left, convention centre to the right!

There are plenty of examples of successful urban renewal projects out there. We loved what we saw in Auckland for its obvious similarities to Newcastle’s working harbour. We merely happened upon it as accidental tourists with no expectations of the city. Well done to those who have invested in the revitalization, the results are stunning!

Back home and we take a moment to re-imagine the underground reservoir recently opened to the public by Hunter Water. An opportunity to grow food hydroponically in the future perhaps? http://www.theherald.com.au/story/2386476/hunter-water-to-open-historic-city-reservoir-for-tours-photos/

One of our favourite reads over summer has been ‘Happy City’, a book by Charles Montgomery. The book draws on initiatives in urban design that have transformed the lives of urban populations. It’s been a fascinating read and to the dear friend who brought it to our attention, we are eternally grateful!

At Victory Gardens, we see first-hand the benefits that gardens bring to the lives of people of all ages. The Hunter St Mall Victory Garden, once a tired and uninspiring spot in the Newcastle CBD is now a lively, rambling edible garden, enjoyed by many living and working in the area. Our corporate, residential and aged care installations have also been well received by staff, families and elderly residents.

But what is at the heart of why people love getting their hands dirty? We decided to dig a little deeper and explore the scientific evidence around gardening and its impact on health and wellbeing. What better place to start than Montgomery’s book.

“Happy City” by Charles Montgomery shows us how gardens, big and small, perform an important role in our health and wellbeing

END_OF_DOCUMENT_TOKEN_TO_BE_REPLACED 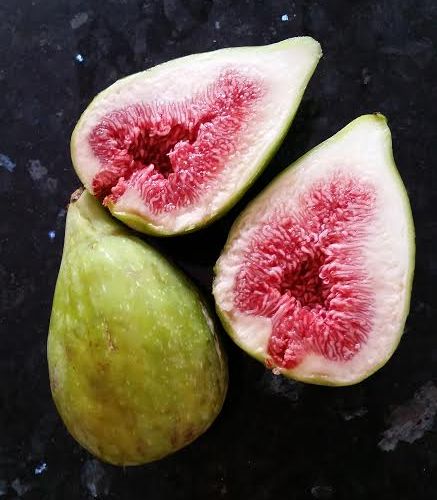 At a recent visit to ‘that’ large hardware store, a pallet of fruit trees caught my eye – mango, cherry, persimmon, pomegranate and fig to name a few. Now we are a fig loving family, especially the six year old, who declares she loves them as much as blue cheese (God help us!).

As I delved into the green gloss to explore the varieties in front of me (Brown Turkey, Black Genoa…hmmm), a low, soft Mediterranean voice behind said, “The white fig. Only the white fig. They are sweeter.” I turned around to THE most gorgeous couple standing behind me, eager to share their knowledge of this succulent fruit.

END_OF_DOCUMENT_TOKEN_TO_BE_REPLACED

…We can’t believe we almost missed this auspicious occasion!!! Yep! It suddenly occurred to us while on a short break that Victory Gardens first birthday was just about to pass by unmarked! Whoops!

It has been an incredible journey getting our social enterprise off the ground and wouldn’t have been possible without the generosity of our supporters and collaborators.

When we embarked on the creative process of establishing Victory Gardens we knew we wanted to revolutionise Newcastle. We wanted to provide simple solutions for city food production. Twelve months on we now have projects rolling out in residential, corporate, aged care and public spaces. We couldn’t be happier.

Our placemaking project at the Hunter St Mall has enabled us to meet many like-minded people. We hope this is the beginning of many more projects like this.

So here’s a little visual diary of the last 12 months which acts as a reflection of how far we have come in a short amount of time and how much further we have to go.

Explore our website for more information about the packages we offer for you to start your own edible garden.

Original sketches by the wonderful Liz at https://www.facebook.com/artfulscribbles

Experimenting with wicking beds with Group D http://www.groupdcreative.com at The Esplanade, Newcastle Beach

Rooftop planting in the city 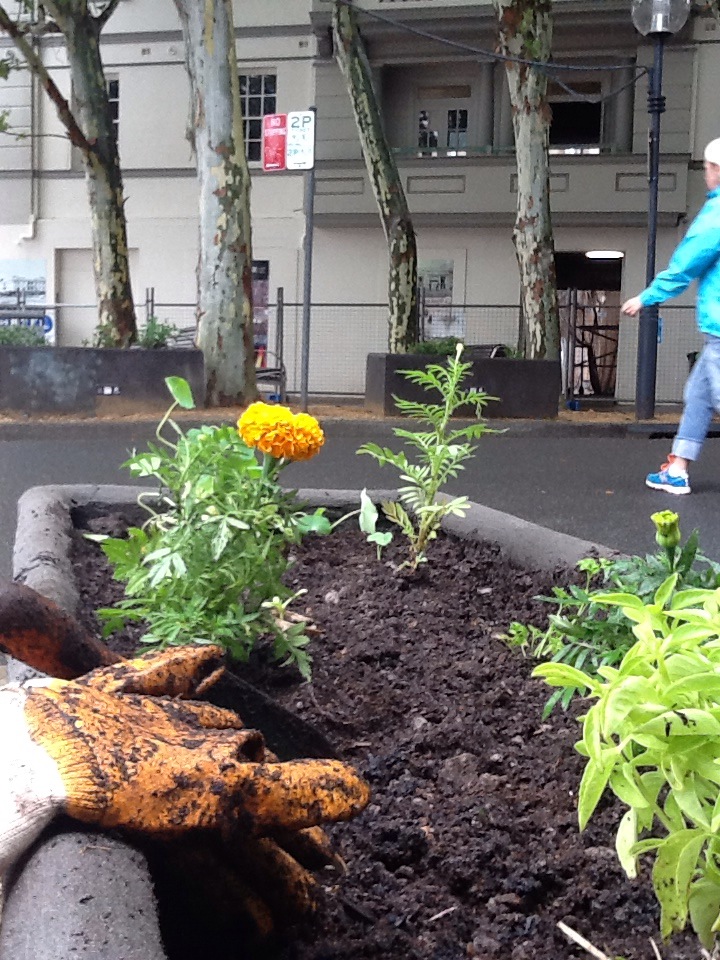 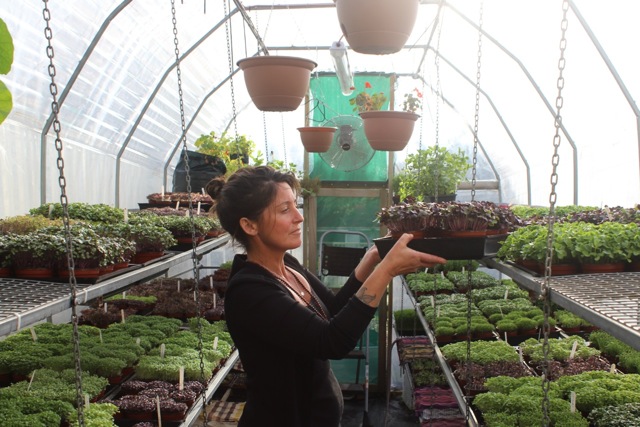 Victory Gardens follows an array of farmers and growers on Instagram and there was one we have been super keen to catch up with and feature on our blog. Newcastle Greens (@newcastlegreens) packs a whole heap of greenie goodness into every Instagram post!

Newcastle Greens delivers a unique range of microgreens, wheatgrass, edible flowers and baby leaf to restaurants and cafes around the Greater Newcastle area. Owner and grower Elle Brown was kind enough to share her journey which began with the extended family pitching in to help build a greenhouse in the backyard of her Waratah West home.

As a mother to a toddler and a teenager, Elle started her home-grown business just over a year ago. She is still waiting to catch her breath. The business has taken off and she’s loving it.

END_OF_DOCUMENT_TOKEN_TO_BE_REPLACED

When graphic designer Liz Knapp and husband Greg decided to make a sea change to Newcastle from their farm in Main Creek Dungog, they brought a bit of country life with them and the results are stunning.

Liz, a mother of two, and owner of design company Artful Scribbles, says she didn’t originally set out to re-create a country feel in her garden but plants that were dear to her, such as Gymea lilies, and an eclectic array of farming equipment and furniture came with them which helped to give this garden its relaxing rural atmosphere.

END_OF_DOCUMENT_TOKEN_TO_BE_REPLACED 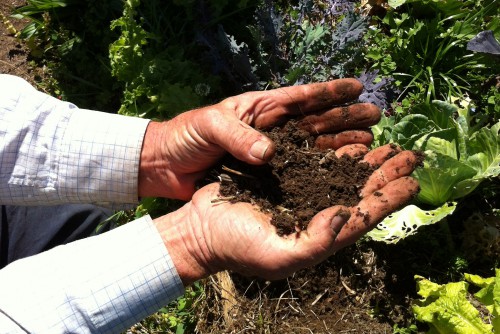 The Victory Gardens team has been gathering as much local information as possible about community gardening as we embark on a process of establishing a small edible garden in the Hunter St Mall in Newcastle Australia.

Growing is underway in the Hunter St Mall

In the several months it has taken to realise such a dream, we have engaged with many community gardening enthusiasts, change agents and place makers who have offered a hand and their knowledge,  to help set this inner city garden off on the right foot. It feels good to have tapped into this generous and lively community as we approach spring and the launch of the garden in September.

END_OF_DOCUMENT_TOKEN_TO_BE_REPLACED 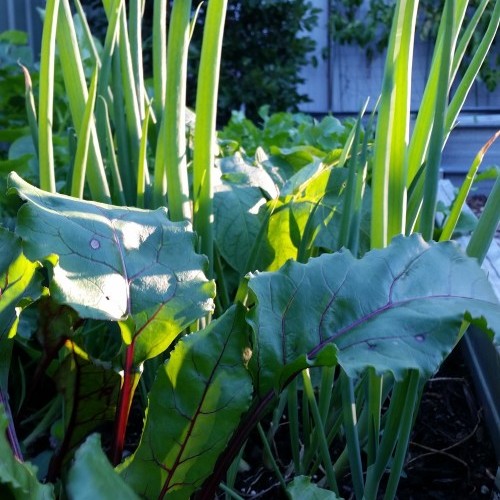 I reckon we live in a pretty stock-standard Aussie suburb.

Lambton is one of Newcastle’s older suburbs having formed around the Lambton Colliery in 1871.

It’s a pretty suburb with lovely parks and a real sense of space. Wide suburban streets feature, some tree-lined, some not, a cycleway and plenty of playing fields.

Down the laneways and back streets of Lambton you’ll see a mix of old and new houses, a smattering of trampolines, the odd chook shed and choko vine. I have regularly walked these streets for more than eleven years and it has struck me in recent times that Lambton is changing.

END_OF_DOCUMENT_TOKEN_TO_BE_REPLACED

Before we begin, a little confession! We felt very indulgent taking a break out of our busy, but ordinary lives, midweek, to explore a couple of exciting examples of urban homesteading in Sydney.

The justification being that it would be a lot easier to explore the wonderfully popular and interesting kitchen gardens at The Grounds of Alexandria  and Koskela in Sydney’s inner city, without the weekend bustle.

END_OF_DOCUMENT_TOKEN_TO_BE_REPLACED 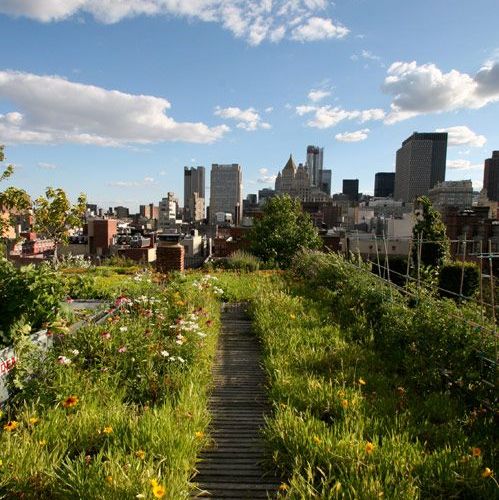 When Victory Gardens was established nine months ago we articulated our goals as being to develop transportable infrastructure for urban greening on rooftops or other vacant or disused areas in and around commercial buildings in the Newcastle CBD.

We envisaged that our activities would contribute to the overall image of the Newcastle CBD and provide a set of lungs for the city while simultaneously assisting in the beautification of the city centre.

Urban agriculture goes “hand in glove” with aspirations for the Newcastle city centre long held by planners and architects. In our view, this activity can provide (through practical small scale steps) a prism through which the community may engage in a style of “future gazing”.

Productive use of vacant land or underutilised spaces is a meaningful thing for the community and actively engages them.